On Saturday night, more than 100 teens crush into the lobby and out into the cold night air, waiting for the first all-night roller lock-in of 2008.

"It opens at 10 p.m., and they were here before 9 o'clock, and they're ready to go, and they're loud, and they're fired up," says Willy Trent, the owner and manager of Empire Roller Rink.

Each summer, Empire hosts a gaggle of teens from 10 p.m. to 7 a.m. This year, the rink added its first winter lock-in, unsure of how many would show. By the deafening roar of voices at 9 p.m., it is clear the winter lock-in already is a success.

As tickets are exchanged for roller skates, the teens drift to the rink in twos, threes and fours. More than half stay on the carpet, taking time to lace up their skates and cast shy glances at the opposite sex.

Patrick Hunt and Jay Warren, both 13, sit in their skates on a bench just off the main floor. They each skate several times a year but seem completely disinterested tonight.

"They don't skate that much," Willie explains. "They come here to visit and talk to each other. It's a social event for kids who aren't old enough to go someplace else."

In the constant flow of people on and off the rink, Patrick and Jay spot friends from school and the neighborhood. "Everyone's here," Patrick says with a smile. 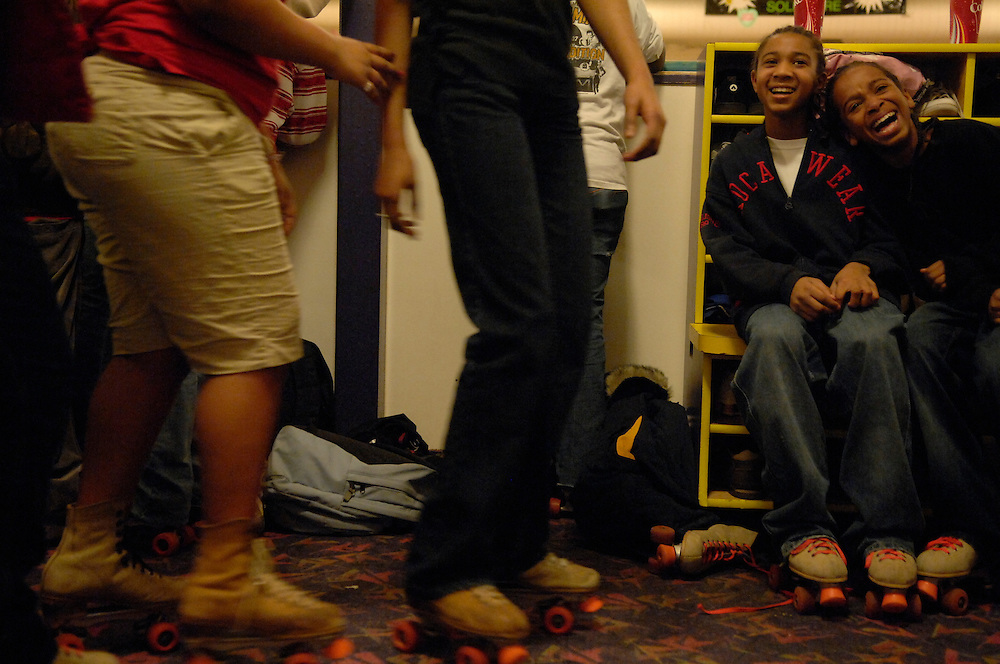