Backstage at the Rock Bridge High School Performing Arts Center, Jerry Kent takes his silver trumpet from the case. Here, among the old props and stage lighting, he warms up his instrument. His pose is reminiscent of Sinatra -- maybe it's the tuxedo.

Jerry played the horn from first grade through high school, but he fell out of practice after completing a stint in the military and his education at the University of Missouri. "There wasn't really an outlet for a nonprofessional to play," Jerry says.

In 1981, the Columbia Public Schools Adult Education program started a community band. Jerry signed up right away. "It didn't matter that I hadn't played in years," he says. Jerry is one of 10 founding members who still play today after 27 years. What started out small has grown to more than 70 members and at least a dozen concerts a year that are presented free to the public.

Outside, the sleet is streaming down. More performers come in out of the weather, shaking ice from their black coats. No one is going to miss this concert for a little bit of cold weather. Jerry greets friends and makes his way to his seat. He arranges his music on the stand, shuffling the Sousa around so he can see the classical pieces. He likes them the best.

The audience files into the auditorium. The lights dim. The conductor calls the band to attention. The music begins. 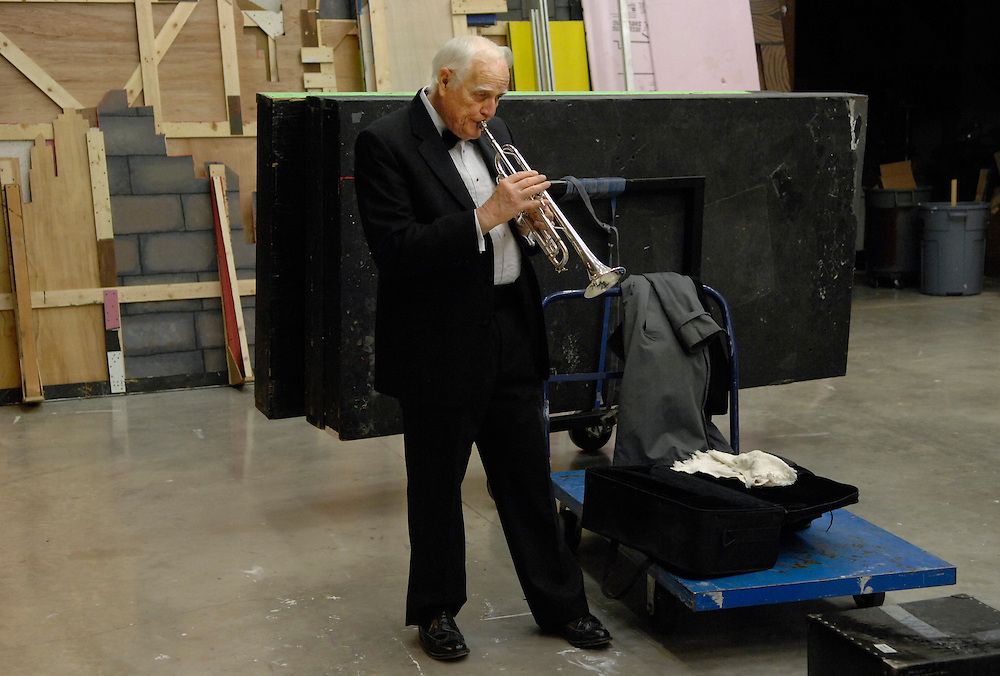