The congregation of Austin Gurdwara shares a communal meal called Langar in the trailer that once housed their sanctuary. The congregation began worshiping in 2003 in the mobile home on property they purchased in far west Austin. In 2005, the congregation obtained the necessary permits to begin construction of a new temple and faced no opposition until John and Leslie Bollier moved into the neighborhood in 2008 and filed suit claiming the temple violated the subdivision's restrictions on commercial building.

A trial judge sided with Austin Gurdwara in March 2009 and construction of the temple was completed in April 2010. In July, a Texas appellate court overturned the 2009 decision and ruled that the new temple must be razed or moved. The Sikh community is appealing that decision to the Texas Supreme Court. 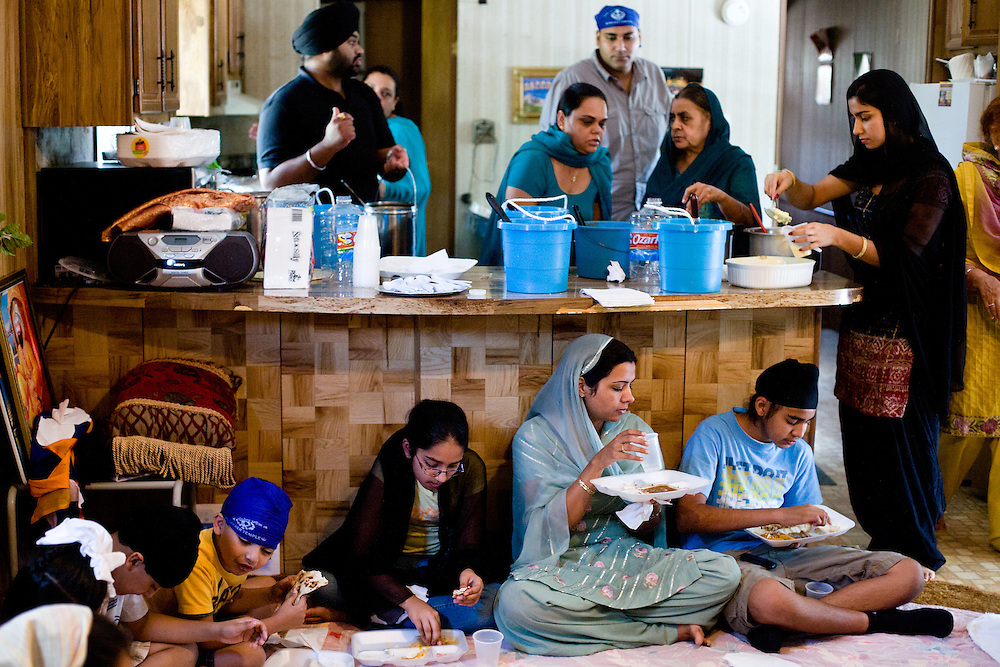