Central Texas Charreria - Story Summary. The rodeo tradition called charreada began in 16th century Spanish colonial Mexico as a celebration that marked the close of a major cattle round-up. Teams of cowboys, called charros, competed against each other in events of horsemanship and roping skills. ..The tradition continues today with more than 200 official charreada teams in the United States, 30 of those in Texas, preserving the technique and style of the historic Mexican charro. Teams compete each weekend in different homemade arenas, called lienzos. No cash prizes are awarded, just the respect of fellow charros..."Keep the money, keep the belt buckle, we just want the bragging rights," says Juan Gonzalez, President of the San Antonio Charro Association...----..A charro trains his horse in an empty lienzo in San Antonio, Texas. Popular south of the border, charreada in Texas is a sparsely attended event with mostly family and other charro teams in attendance. .."We're all amateurs," says Juan Gonzalez, "but there's a passion behind what we do." During the week, these men are doctors and lawyers, butchers and carpenters, but on Sunday they become the charro. 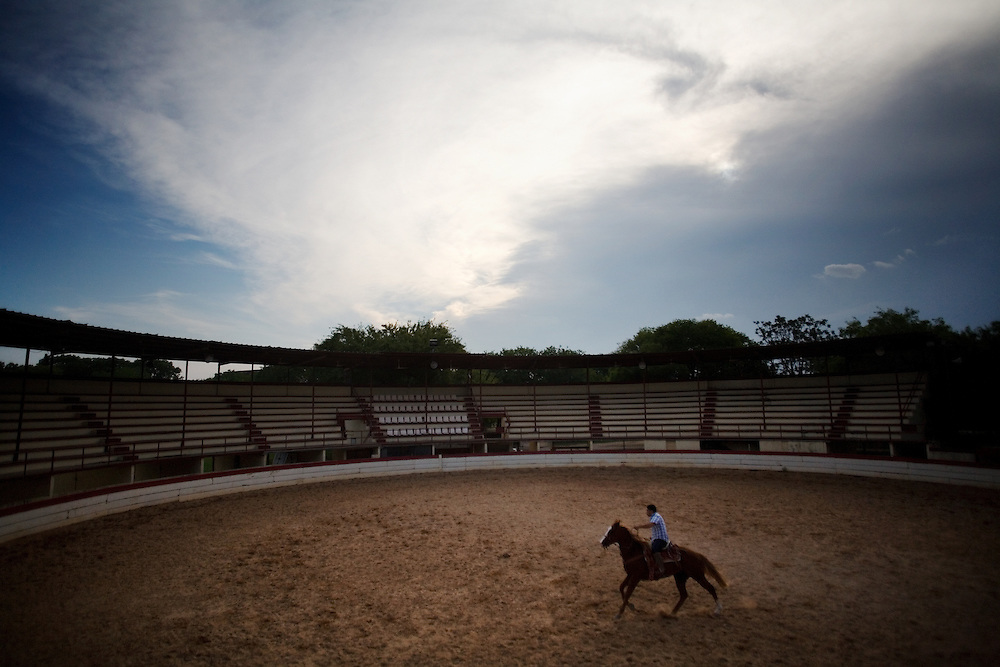