It's morning in the Eastman house, and 31-year-old Kristin is surrounded by her children, a rare quiet moment for the new mother and her quadruplets. Sunlight streams through the windows, warming the carpet and the family Labrador, Clark, who dozes to the squeak-squeak of the infant swings.

Kristin and Stuart Eastman always knew having "multiples" was possible. Kristin has twins in her family on her mother and father's side. "I had always pictured two, maybe three kids, a boy and a girl for sure," she says, "but never four at once."

The couple tried to get pregnant for a year before starting fertility treatments. Within weeks, Kristin was pregnant. At the six-week ultrasound, the doctor detected a pair of heartbeats, two weeks later another pair. "I was very shocked but very excited at the same time," Kristin says.

Since then, her life has been filled with hundreds of helping hands. When the quadruplets - Luke Lambert, Wilson Edward, Ellie Marie and Caroline Joy - were delivered at 30 weeks, "it wasn't a real intimate affair," Kristin says. A dozen doctors stood by to put the children in the neonatal intensive-care unit. Another 10 helped Kristin during the birth.

Now that the children are at home, more than 40 volunteers are helping the new parents with feedings and diaper changes. They're a mix of friends, family and fellow church members, each donating a few hours a week from 9 a.m. to 6 p.m. "I would not have my sanity if I didn't have these volunteers," Kristin says.

With all the caring support, Kristin is confident the kids are getting the attention they need. Still, she worries she's not giving each child enough of herself. Each morning, before the first shift of volunteers arrives, she cherishes her alone time with her children. "I love mornings because it's nice for just me to be with them," Kristin says. 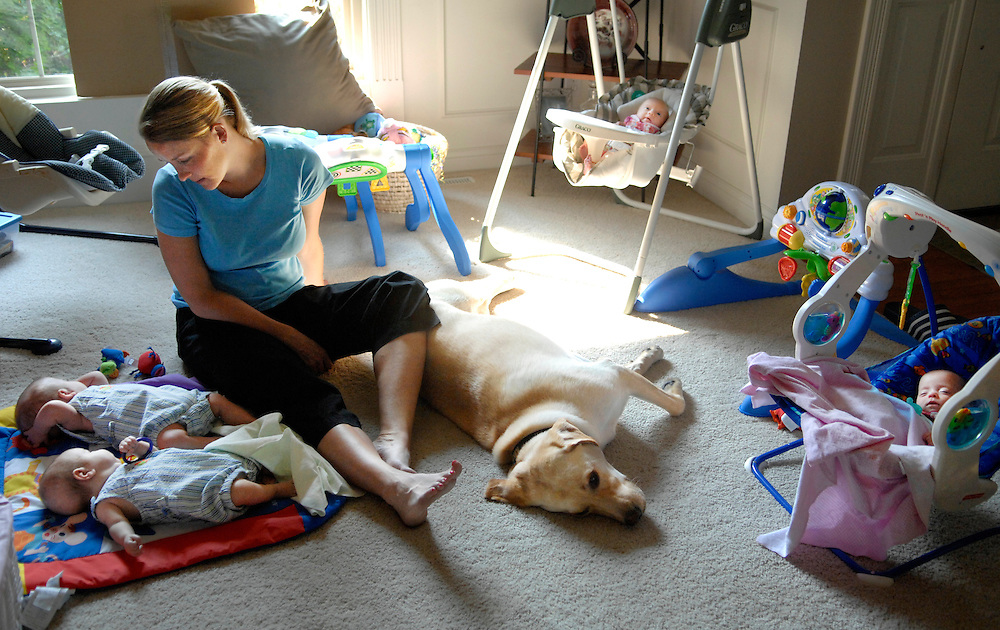